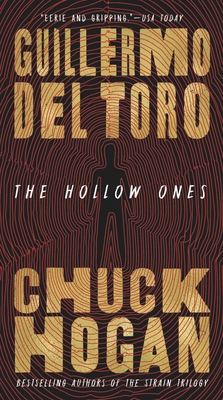 PRAISE FOR THE HOLLOW ONES:
"The central aesthetic decision -- merging the classical horrors of Algernon Blackwood with a distinctly contemporary narrative -- is both surprising and ultimately successful. The Hollow Ones is a swift, thoroughly imagined entertainment that looks back at the genre's past while hinting, in the final pages, of future installments to come. The possibilities are limitless."
—Washington Post

Guillermo del Toro was born in Guadalajara, Mexico, in 1964. He is the director of the films Cronos, Mimic, The Devil's Backbone, Blade II, Hellboy, Hellboy II, Pacific Rim, and Pan's Labyrinth, which garnered enormous critical praise worldwide and won three Academy Awards, and The Shape of the Water, which won the 2018 Oscar Award for Best Picture.
Chuck Hogan is the author of several acclaimed novels, including Devils in Exile and Prince of Thieves, which won the 2005 Hammett Award, was named one of the ten best novels of the year by Stephen King, and was the basis of the motion picture The Town.
or support indie stores by buying on