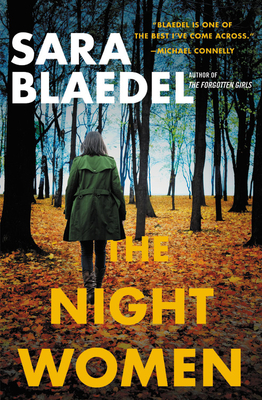 A journey to a new life or a prison of despair and death? A shocking murder on Copenhagen's idyllic streets and an abandoned child reveal a perverse criminal underworld that crosses international borders.
A young woman's body is found on the street with her throat slit, and the media is clamoring for the grisly details. Detective Louise Rick is investigating the gruesome murder when her friend Camilla Lind calls. Louise assumes it is because Camilla, a crime reporter, wants to be the first to hear of any juicy new developments. Instead, her distraught friend reveals that her ten year-old son found an abandoned baby on his way to school.
As Louise digs deeper into the murder and the mysterious foundling, every clue uncovered points to organized human trafficking from Eastern Europe, run by ruthless gangsters who won't hesitate to kill anyone who gets in their way...
This gripping, heartwrenching, extraordinary new suspense novel from Sara Blaedel will keep you turning pages as fast as you can straight through to the electrifying finale.

Sara Blaedel is the author of the #1 international bestselling series featuring Detective Louise Rick. Her books are published in thirty-eight countries. In 2014 Sara was voted Denmark's most popular novelist for the fourth time. She is also a recipient of the Golden Laurel, Denmark's most prestigious literary award. She lives in New York City.

"Crime-writer superstar Sara Blaedel's great skill is in weaving a heartbreaking social history into an edge-of-your-chair thriller while at the same time creating a detective who's as emotionally rich and real as a close friend."—Oprah.com

"One of the best I've come across."—Michael Connelly

"Sara Blaedel is a force to be reckoned with. She's a remarkable crime writer who time and again delivers a solid, engaging story that any reader in the world can enjoy."—Karin Slaughter

"Another suspenseful, skillfully wrought entry."—Booklist on The Killing Forest

"Engrossing...Blaedel nicely balances the twisted relationships of the cult members with the true friendships of Louise, Camilla, and their circle."—Publishers Weekly on The Killing Forest

"Blaedel delivers another thrilling novel...Twists and turns will have readers on the edge of their seats waiting to see what happens next."—RT Book Reviews on The Killing Forest

"For readers who gorge on captivating characters and chilling suspense, THE FORGOTTEN GIRLS is a tantalizing treat. Enjoy yourself, America."—Sandra Brown on The Forgotten Girls

"Sara Blædel is at the top of her game. Louise Rick is a character who will have readers coming back for more."—Camilla Läckberg

"Crackling with suspense, atmosphere, and drama, THE FORGOTTEN GIRLS is simply stellar crime fiction. I loved spending time with the tough, smart, and all-too-human heroine Louise Rick--and I can't wait to see her again."—Lisa Unger

"Will push you to the edge of your seat [then] knock you right off....A smashing success."—BookReporter on The Killing Forest

"This is a standout book that will only solidify the author's well-respected standing in crime fiction. Blaedel drops clues that will leave readers guessing right up to the reveal. Each new lead opens an array of possibilities, and putting the book down became a feat this reviewer was unable to achieve. Based on the history of treating the disabled, the story is both horrifying and all-to-real. Even the villains have nuanced and sympathetic motives."—RT Times on The Forgotten Girls - Top Pick **Nominated for a Reviewer's Choice Award**

"Tautly suspenseful and sociologically fascinating."—BookPage on The Forgotten Girls