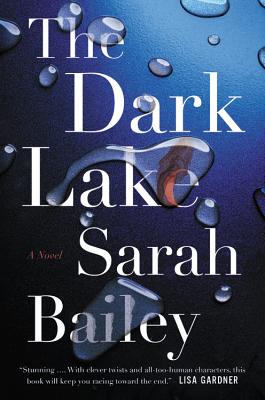 A tight-knit community is shocked by revelations from decades past in this "enthralling" (Associated Press) literary mystery that "will keep you racing toward the end" (Lisa Gardner).

The lead homicide investigator in a rural town, Detective Sergeant Gemma Woodstock is deeply unnerved when a high school classmate is found strangled, her body floating in a lake. And not just any classmate, but Rosalind Ryan, whose beauty and inscrutability exerted a magnetic pull on Smithson High School, first during Rosalind's student years and then again when she returned to teach drama.

As much as Rosalind's life was a mystery to Gemma when they were students together, her death presents even more of a puzzle. What made Rosalind quit her teaching job in Sydney and return to her hometown? Why did she live in a small, run-down apartment when her father was one of the town's richest men? And despite her many admirers, did anyone in the town truly know her?

Rosalind's enigmas frustrate and obsess Gemma, who has her own dangerous secrets--an affair with her colleague and past tragedies that may not stay in the past. Brilliantly rendered, The Dark Lake has characters as compelling and mysteries as layered as the best thrillers from Gillian Flynn and Sophie Hannah.

"Enthralling... Sarah Bailey's debut delivers a multilayered police procedural with strong characters whose emotions both assist and interfere with their work. The Dark Lake also balances an intricate story of a community with an intimate look at police detectives... Bailey uses solid character development and superior storytelling, rather than violence, to fuel The Dark Lake, and she is off to an excellent start in this launch of a series."—Oline Cogdill, Associated Press

"Readers and critics have compared Bailey's taut storytelling to that of Paula Hawkins... and Gillian Flynn... high praise for this first-time novelist. It's a well-earned analogy."—The Minnesota Star Tribune

"THE DARK LAKE hooked me from page one! Sarah Bailey combines the very best elements in this stunning debut thriller--a troubled detective still trying to find her way as a female investigator, a small town haunted by secrets both past and present, and a beautiful victim whose unsettling allure appears to be her biggest asset and largest downfall. With clever twists and all-too-human characters, this book will keep you racing toward the end."—Lisa Gardner, #1 New York Times bestselling author of Right Behind You and Find Her

"THE DARK LAKE is a stunning debut that gripped me from page one and never eased up. Dark, dark, dark--but infused with insight, pathos, a great sense of place, and razor-sharp writing. It's going to be big and Sarah Bailey needs to clear a shelf for awards."—C. J. Box, #1 New York Times bestselling author of Vicious Circle and Open Season

"The Dark Lake is a mesmerizing thriller full of long buried secrets that sucked me right in and kept me up late turning pages. Gemma Woodstock is a richly flawed and completely authentic character - I loved going on this journey with her and the way the truth of her past was revealed in bits and pieces as we went along. Sarah Bailey has crafted an exquisite debut - I can't wait to see what she does next!"—Jennifer McMahon, New York Times bestselling author of The Winter People

"I read THE DARK LAKE in one sitting, it's that good. A crime thriller that seizes you from the first page and slowly draws you into a web of deception and long buried secrets. Beautifully written, compulsively readable, and highly recommended."—Douglas Preston, #1 New York Times bestselling author of The Lost City of the Monkey God and co-author of the bestselling Pendergast series

"I raced through this deliciously complicated, mesmerizing debut at warp speed. Sarah Bailey's THE DARK LAKE is sure to keep readers awake far too late into the night."—Karen Dionne, author The Marsh King's Daughter

"There are echoes of Tana French in the novel... A satisfying mystery novel with a relatable heroine."—Kirkus Reviews

"The Dark Lake is a thrilling psychological police procedural as well as a leap into the mind of a woman engulfed with guilt."—New York Journal of Books

Sarah Bailey was born in Melbourne, Australia, where she has lived all her life and currently resides with her two young sons. She has a degree in journalism and a career in advertising. She is currently a partner at the creative agency Mr. Smith.
Loading...
or
Not Currently Available for Direct Purchase