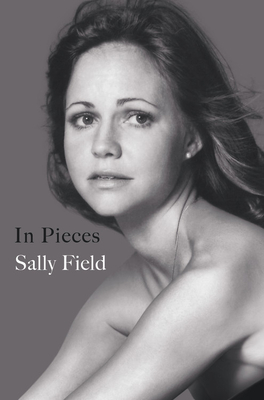 
One of the most celebrated, beloved, and enduring actors of our time, Sally Field has an infectious charm that has captivated the nation for more than five decades, beginning with her first TV role at the age of seventeen. From Gidget's sweet-faced "girl next door" to the dazzling complexity of Sybil to the Academy Award-worthy ferocity and depth of Norma Rae and Mary Todd Lincoln, Field has stunned audiences time and time again with her artistic range and emotional acuity. Yet there is one character who always remained hidden: the shy and anxious little girl within.
With raw honesty and the fresh, pitch-perfect prose of a natural-born writer, and with all the humility and authenticity her fans have come to expect, Field brings readers behind-the-scenes for not only the highs and lows of her star-studded early career in Hollywood, but deep into the truth of her lifelong relationships--including her complicated love for her own mother. Powerful and unforgettable, In Pieces is an inspiring and important account of life as a woman in the second half of the twentieth century.

"Raw and revealing...In her book, seven years in the writing, [Field] examines the complex relationship with her "perfectly imperfect" mother, Margaret. That is the thread that holds her story together: the woman who often held her together....[Sally Field] is not a woman who will keep quiet any longer. And that's a good thing. She still has a lot to say."—p.p1 {margin: 0.0px 0.0px 0.0px 0.0px; font: 11.0px Helvetica; color: #323333}span.s1 {font-kerning: none}AARP

"Talented and versatile Academy and Emmy Award-winning actor Field's credits range from Gidget and Sybil to Norma Rae and Places in the Heart, among many others. Now she reveals the personal side of her story, along with her rise to fame. Reverberating throughout these pages is the impact of sexual abuse by her stepfather and her struggles to work through her relationship with her beloved mother. Field addresses these issues frankly, as she does the complex facets of her marriages and other associations (including her much-publicized relationship with actor Burt Reynolds), as well as various episodes in her behind-the-scenes professional life. Her discussion of building a vibrantly enduring acting career in the midst of turbulence is especially fascinating. There are vivid anecdotes from on and off the set, well-drawn accounts of priceless tutelage by famed Lee Strasberg, and powerful depictions of how Field crafted major dramatic roles from deep within her emotional reservoir. It is all here and in Field's inimitable words, enhanced by thoughtfully chosen photographs.
VERDICT Especially relevant in light of the growing awareness of rape and sexual assault, this engrossing, well-written work will appeal to fans and those previously unfamiliar with Field's work."—Library Journal

Sally Field is a two-time Academy Award and three-time Emmy Award winning actor who has portrayed dozens of iconic roles on both the large and small screens. In 2012, she was inducted into the American Academy of Arts and Sciences, and in 2015 she was honored by President Obama with the National Medal of Arts. She has served on the Board of Directors of Vital Voices since 2002 and also served on the Board of The Sundance Institute from 1994 to 2010. She has three sons and five grandchildren.
Loading...
or support indie stores by buying on