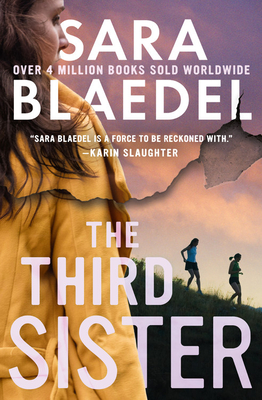 Family drama, deadly secrets, and deception come to a head in the explosive conclusion of #1 internationally bestselling author Sara Blaedel's Family Secrets trilogy.
Ilka Jensen's life is in chaos following the tumultuous events of Her Father's Secret. The funeral home she inherited after her estranged father's death is bankrupt. Her new business partner, Artie, lies unconscious in the hospital after a savage attack by mysterious assailants, and her father's second wife is in prison.

Then, just as Ilka learns a shocking revelation about her father, two menacing strangers turn up at the funeral home -- dangerous men who mean to draw her further into a world of secrets, betrayal, and murder.

In order to protect herself and those around her, Ilka sets off on a twisting journey to confront the truth about the man who abandoned her as a child. But the long-buried secrets of her father's past are more tangled and perilous than Ilka could ever imagine . . .

Praise For The Third Sister…

"One of the best I've come across."
—Michael Connelly

"Sara Blaedel is a force to be reckoned with."
—Karin Slaughter

"One can count on emotional engagement,
spine-tingling suspense, and taut storytelling from Sara Blaedel."
—Sandra Brown

"Compelling and unique...Sara Blaedel knows how to reel in her readers and keep them utterly transfixed."
—Tess Gerritsen (praise for The Daughter)

"This series started off with a bang and just gets better and better...one of the most anticipated releases come springtime."
—The Real Book Spy

Sara Blaedel is the author of the #1 international bestselling series featuring Detective Louise Rick. Her books are published in thirty-eight countries. In 2014 Sara was voted Denmark's most popular novelist for the fourth time. She is also a recipient of the Golden Laurel, Denmark's most prestigious literary award. She lives in New York City.
Loading...
or support indie stores by buying on