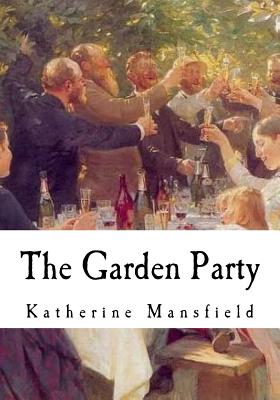 The Garden Party By Katherine Mansfield "The Garden Party is a 1922 short story by Katherine Mansfield. It was first published in three parts in the Saturday Westminster Gazette on 4 and 11 February 1922, and the Weekly Westminster Gazette on 18 February 1922. The wealthy Sheridan family prepares to host a garden party. Laura is charged with instructing the workers on the placement of the marquee. Her haughty air quickly disintegrates into an intimidated admiration for the workingmen, with whom she feels a personal connection. Laura's mother, Mrs. Sheridan, has ordered masses of lillies, to both their delight. Laura's sister Jose tests the piano, and then sings a song in case she is asked to do so again later. After the furniture is rearranged, the Sheridans learn that their working-class neighbor Mr. Scott has died. While Laura believes the party should be called off, neither Jose nor their mother agrees. Laura eases her conscience by deciding to forget the matter until the party is over. When the evening comes, Mrs. Sheridan tells Laura to bring a basket full of leftovers to the Scotts' house to expose her to the world beyond their estate. Laura is led into the poor neighbors' house by Mrs. Scott's sister, sees the pitiable figure of the widow, and is led to the late husband's corpse. Here, Laura is intrigued by the sublimity of the corpse's face, and she finds death just beautiful as life. Having left the house, Laura meets her brother Laurie in an alleyway. She finds herself unable to explain life and death concisely, and Laurie understands that his sister has come to realize her own mortality.
or
Buy Here
Copyright © 2020 American Booksellers Association