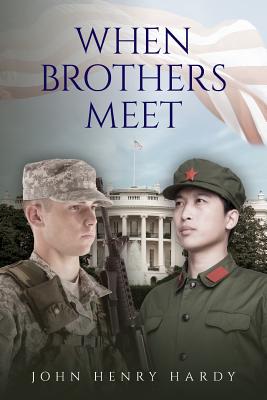 In the interest of world peace...

That is the pretense for a meeting between America and a coalition of China, Russia, India, and Saudi Arabia. It is 2041, and the US president, Constance Higgins, recognizes the invitation for what it is. The countries are demanding a payment of gold. Previous administrations have sunk America into trillions of dollars of debt after giving citizenship and Social Security benefits to wave after wave of illegal aliens. Now, other countries scoff at the solvency of the US dollar.

As the financial crisis distracts the government, a sinister scheme is going into effect. Operation Dragon is a threat to the liberty of every man, woman, and child in America. The United States will have to rise up to fight an invading military force.

Army ranger Mike Dalton is one of the patriots to take a stand, but he is tormented by his relationship with the beautiful Kyla MacGregor. Their connection will have surprising repercussions in the fight that follows.

Through a cast of characters that includes army rangers, NSA agents, and everyday Americans, John Henry Hardy celebrates US patriots and the courageous spirit that built this country.

John Henry Hardy served in the US Marine Corps for thirty-three years. As a public-relations officer, he drafted publications read all across the United States. Hardy was awarded the George Washington Honor Medal by the Freedoms Foundation at Valley Forge, Pennsylvania. He is also the author of Whisper in My Ear and The Place Where the Giant Fell. Hardy received his master's degree in business management. He enjoys writing and spending time with his wife, Lucy.
Loading...
or support indie stores by buying on