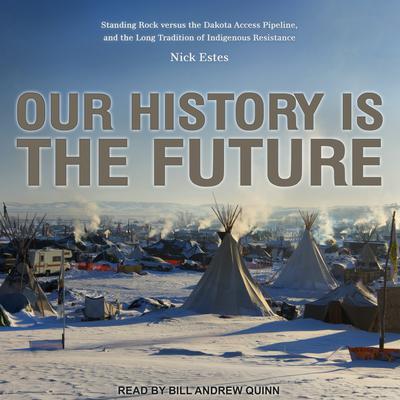 Our History Is the Future (Digital Audiobook)

Bill Andrew Quinn, a nationally recognized commercial and promo voice actor, has been narrating audiobooks since 1993. When not behind the microphone, Bill can be found doing research for his Metromedia Radio syndicated radio show The Bill Andrew Quinn Radio Hour X2, watching his beloved St. Louis Cardinals on the MLB Network, and/or sampling craft beer. He lives in the New York City area.