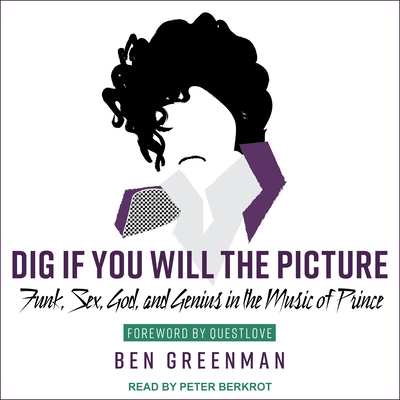 Ben Greenman, New York Times bestselling author, contributing writer to the New Yorker, and owner of thousands of recordings of Prince and Prince-related songs, knows intimately that there has never been a rock star as vibrant, mercurial, willfully contrary, experimental, or prolific as Prince. Uniting a diverse audience while remaining singularly himself, Prince was a tireless artist, a musical virtuoso and chameleon, and a pop-culture prophet who shattered traditional ideas of race and gender, rewrote the rules of identity, and redefined the role of sex in pop music. A polymath in his own right who collaborated with George Clinton and Questlove on their celebrated memoirs, Greenman has been listening to and writing about Prince since the mid-eighties. Here, with the passion of an obsessive fan and the skills of a critic, journalist, and novelist, he mines his encyclopedic knowledge of Prince's music to tell both his story and the story of the paradigm-shifting ideas that he communicated to his millions of fans around the world.