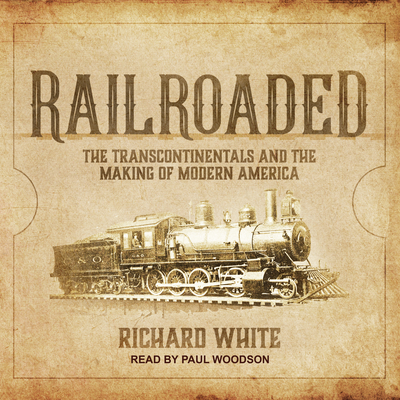 The Transcontinentals and the Making of Modern America

The transcontinental railroads of the late nineteenth century were the first corporate behemoths. Their attempts to generate profits from proliferating debt sparked devastating panics in the U.S. economy. Their dependence on public largess drew them into the corridors of power, initiating new forms of corruption. Their operations rearranged space and time, and remade the landscape of the West. As wheel and rail, car and coal, they opened new worlds of work and ways of life. Their discriminatory rates sparked broad opposition and a new antimonopoly politics. With characteristic originality, range, and authority, Richard White shows the transcontinentals to be pivotal actors in the making of modern America. But the triumphal myths of the golden spike, robber barons larger than life, and an innovative capitalism all die here. Instead we have a new vision of the Gilded Age, often darkly funny, that shows history to be rooted in failure as well as success.
or support indie stores by buying on
Copyright © 2020 American Booksellers Association