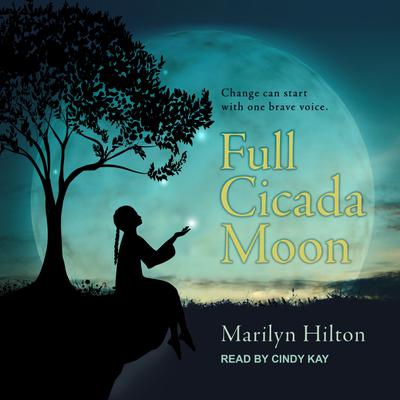 Inside Out and Back Again meets One Crazy Summer and Brown Girl Dreaming in this novel-in-verse about fitting in and standing up for what's right.

It's 1969, and the Apollo 11 mission is getting ready to go to the moon. But for half-black, half-Japanese Mimi, moving to a predominantly white Vermont town is enough to make her feel alien. Suddenly, Mimi's appearance is all anyone notices. She struggles to fit in with her classmates, even as she fights for her right to stand out by entering science competitions and joining shop class instead of home ec. And even though teachers and neighbors balk at her mixed-race family and her refusals to conform, Mimi's dreams of becoming an astronaut never fade—no matter how many times she's told no.

This historical middle-grade novel is told in poems from Mimi's perspective over the course of one year in her new town, and shows listeners that positive change can start with just one person speaking up.

Cindy Kay is a Chinese-Thai-American narrator and educator who grew up in the California Bay Area and lives in the Rockies. Her work has been described as listening to a "cozy best friend." She narrates fiction and nonfiction, and has studied Spanish, Portuguese, Thai, and Japanese.