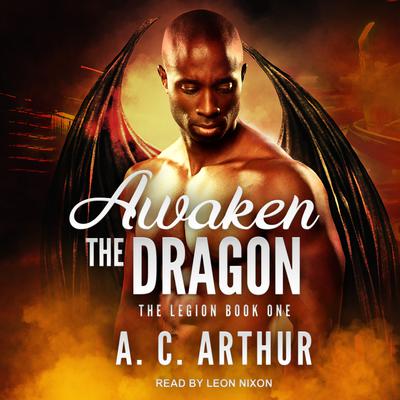 He's sworn to protect the very entity she was born to kill . . .

Next in line for the Drakon throne, Theo Masters is the most powerful half human, half dragon in the world. Royal power is the last thing he wants, however. He lives as a human and runs the Legion Security Company. But his new client—a mysterious, beautiful human from a small African village—and the unknown danger she faces may forever change the quiet life that he’s chosen.

Shola N'Gara exists to kill the dark spirit that is attempting to demolish her people. It's her purpose and her destiny. The gorgeous protector who taunts her with his sexy voice and body is not—especially after he shifts into a magnificent black dragon with turquoise eyes.

A rise in demon activity and the brutal murders Theo's agents have been reporting start to add up. Someone is making a play, and it's big enough to change the course of the world as they know it. Now Shola must choose between her destiny and her heart. And Theo must decide if standing by the woman he's fallen in love with is worth facing his father in a battle to the death.

Leon Nixon is a professional actor, playwright, and filmmaker. A Los Angeles native, he has performed in short films, web series, and on stage in dramatic and comedic roles. He is an improvisor, trained in Los Angeles and Chicago, and is part of the group that appears in the Guinness Book of World Records for Longest Continuous Improv Show at 150 hours.