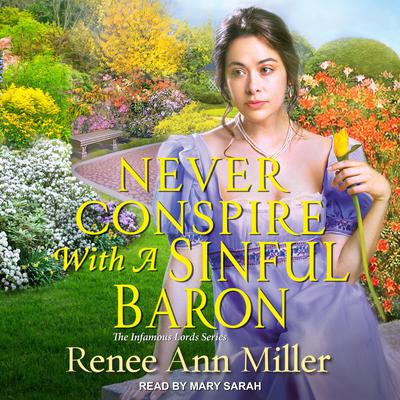 When a duke more interested in fox hunting and sports than womanizing comes to town, Nina thinks him the perfect catch. Sadly, he doesn't seem to notice her. But Lord Elliot Haverford, Baron Ralston, a notorious flirt, has a proposition: he'll not only pretend to vie for her hand, hoping to draw forth the duke's competitive nature, he'll also give Nina lessons in seduction.

An aristocrat in possession of two dilapidated properties must be in want of a fortune. Elliot's proposition is a subterfuge, for he hopes to capture Nina's hand—and her dowry—by slyly seducing her himself. Though he feels guilty over his deception, their interludes, filled with dancing, flirtation, and increasingly heated kisses, are impossible to regret . . . until he realizes he has unwittingly placed Nina in grave danger.

What's a scoundrel in love to do, except finally risk his heart for real?