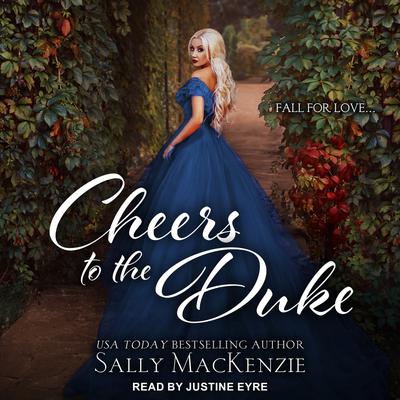 The "fallen" ladies of Puddledon Manor's Benevolent Home are restoring their reputations—and their future prospects—by operating their very own brewery and alehouse . . .

As the founder of the Home, Josephine Smyth-Waters is determined to be there for the women who need her. But when those same women conspire to accept an invitation on her behalf, she finds herself suddenly on the way to the christening party of the Earl of Darrow's baby. Guests at the party include her friends and former partners Pen and Caro—and Edward Russell, Duke of Grainger, the Home's generous benefactor and the man she's been writing to for months. While Jo decidedly does not have marriage on the mind, the duke's handsome looks and charming words are enough to make the lovely widow a little reckless . . .

Even after a year, the title of "duke" still sits strangely on Edward Russell's shoulders. When Edward encounters Jo—capable, fun, and utterly irresistible—he's delighted to find someone he truly connects with. A trick of fate has placed them on two different paths . . . but Edward is beginning to realize that perhaps he's not the kind of man who does the expected thing after all . . .