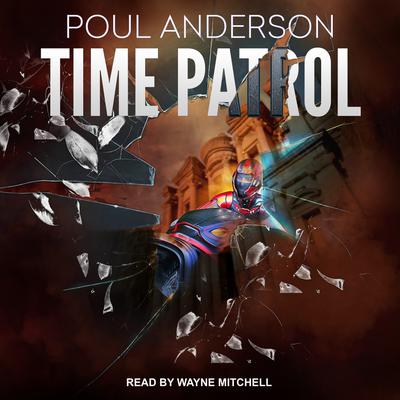 Forget minor hazards like nuclear bombs. The discovery of time travel means that everything we know, anyone we know, might not only vanish, but never even have existed. Against that possibility stand the men and women of the Time Patrol, dedicated to preserving the history they know and protecting the future from fanatics, terrorists, and would-be dictators who would remold the shape of reality to suit their own purposes. But Manse Everard, the Patrol's finest temporal trouble-shooter, bears a heavy burden. The fabric of history is stained with human blood and suffering which he cannot, must not do anything to alleviate, lest his tampering bring disastrous alterations in future time. Everard must leave the horrors of the past in place, lest his tampering—or that of the Patrol's opponents, the Exaltationists—erase all hope of a better future, and instead bring about a future filled with greater horrors than any recorded by past history at its darkest and most foul.

Wayne Mitchell has been an actor all his life and has been described as a big guy with a big voice. He competed on the Forensics (Speech) Team in high school and college, doing mostly interpretation events (prose interpretation being a favorite). Since getting involved with audiobooks, Wayne feels like he's back doing Speech Team once again, and it's a welcome return!

As an LA based (Meisner trained) actor of twenty yearrs, he has appeared in a dozen TV shows, loop grouped over a hundred TV episodes and numerous movies, and in 2015 cowrote/directed an independent feature film called SOLEDAD, which is available on Amazon Prime.

Wayne brings versatility to any project. He's comfortable with a variety of voices and accents, but most importantly he brings a knack for conveying the truth. The truth of the words on the page. The truth of the experience the listener is being asked to participate in. Be that truth intergalactic in scope, or as familiar as Sunday brunch with Grandma.