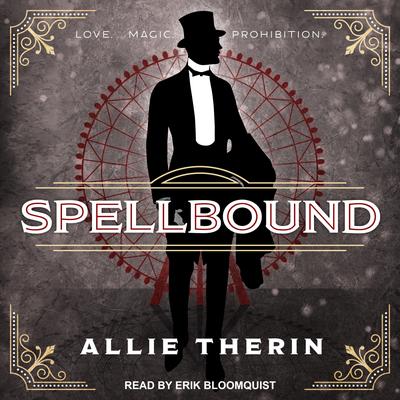 To save Manhattan, they'll have to save each other first . . .

Arthur Kenzie's life's work is protecting the world from the supernatural relics that could destroy it. When an amulet with the power to control the tides is shipped to New York, he must intercept it before it can be used to devastating effects. This time, in order to succeed, he needs a powerful psychometric . . . and the only one available has sworn off his abilities altogether.

Rory Brodigan's gift comes with great risk. To protect himself, he's become a recluse, redirecting his magic to find counterfeit antiques. But with the city's fate hanging in the balance, he can't force himself to say no.

Being with Arthur is dangerous, but Rory's ever-growing attraction to him begins to make him brave. And as Arthur coaxes him out of seclusion, a magical and emotional bond begins to form. One that proves impossible to break—even when Arthur sacrifices himself to keep Rory safe and Rory must risk everything to save him.

Erik Bloomquist trained classically at the London Dramatic Academy and holds a degree in theater and dance from Trinity College. He was nominated for a New England Emmy® Award for his performance as Allan Archer on the nationally syndicated series The Cobblestone Corridor. A member of Actors' Equity Association, Erik has extensive screen and stage credits, including stints on/at: PBS, Lifetime, Travel Channel, American Heroes Channel, Hartford Stage, and Ivoryton Playhouse. Erik is also a notable (and Emmy Award-winning) writer/director, Halloween enthusiast, and member of Connecticut Magazine's "40 Under 40: Class of 2019."