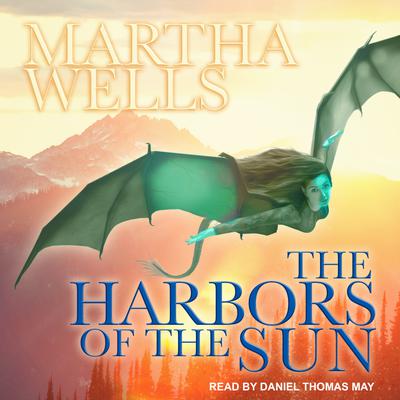 The Harbors of the Sun (Books of the Raksura) (Digital Audiobook)

A former friend has betrayed the Raksura and their groundling companions, and now the survivors must race across the Three Worlds to rescue their kidnapped family members. When Moon and Stone are sent ahead to scout, they quickly encounter an unexpected and potentially deadly ally, and decide to disobey the queens and continue the search alone. Following in a wind-ship, Jade and Malachite make an unlikely alliance of their own, until word reaches them that the Fell are massing for an attack on the Reaches, and that forces of the powerful Empire of Kish are turning against the Raksura and their groundling comrades.

But there may be no time to stage a rescue, as the kidnapped Raksura discover that their captors are heading toward a mysterious destination with a stolen magical artifact that will cause more devastation for the Reaches than anything the lethal Fell can imagine. To stop them, the Raksura will have to take the ultimate risk and follow them into forbidden territory.

The Harbors of the Sun, from celebrated fantasy author Martha Wells, is the thrilling follow-up to The Edge of Worlds, and the conclusion of a new Three Worlds duology of strange lands, uncanny beings, dead cities, and ancient danger.