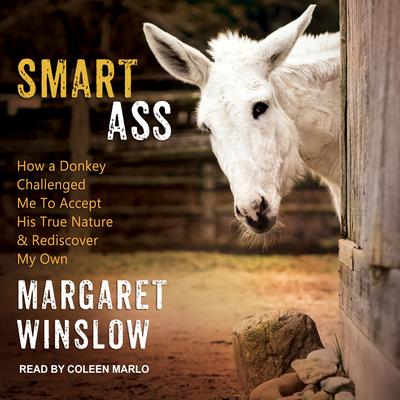 Sports car, Italian villa, inappropriate love interest? Not for author Margaret Winslow, an overworked college professor in New York City. She met midlife agita not head-on, but ass-on, fulfilling a childhood curiosity about donkeys by answering a for-sale ad for a "Large White Saddle Donkey" in the American Donkey and Mule Society's magazine, The Brayer. Hilarity ensues, alongside life-threatening injuries and spirit-enriching insight.

As listeners walk with Winslow and Caleb the donkey through training traumas, expert-baffling antics, and humiliating races, they also share in the author's gradual understanding of Caleb's true, undeniable gifts: a willingness to "speak truth to power," to trust, and to forgive. Winslow incorporates these lessons into her life, and as Caleb and Winslow learn to thrive, listeners not only cheer them on but also learn a thing or three about being true to their own pure and powerful self.