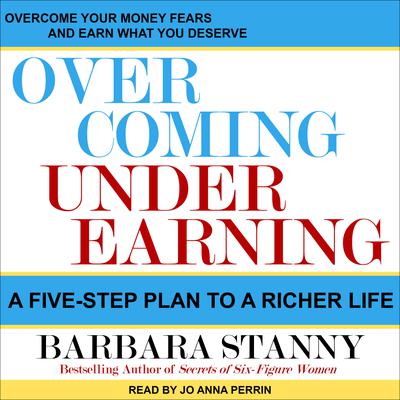 A Five-Step Plan to a Richer Life

When it comes to money, are you controlled by fear?

Do you underestimate your worth?

Are you ready to go to the next level, but can't seem to get there?

If you answered yes to any of these questions, you may be an underearner. Underearners are self-saboteurs who don't live up to their earnings potential, says Barbara Stanny, a financial educator, motivational speaker, and career counselor. Whether they make $10 an hour or six figures a year, they tend to live paycheck to paycheck, are often in debt, and have a high tolerance for low pay. Ironically, many work incredibly hard. The good news is that underearning is a self-imposed condition. By focusing on overcoming it, underearners will not only earn what they deserve, but live a richer life. With techniques and exercises that have helped thousands of people, Stanny teaches five essential steps to financial independence and brings a message of empowerment to all those who chronically undervalue themselves.