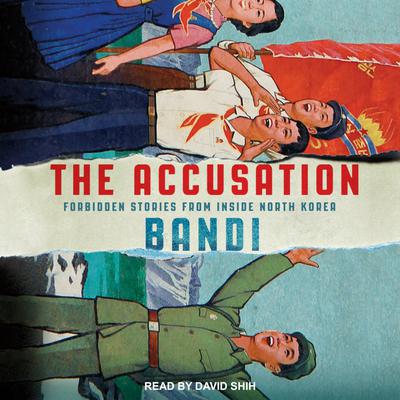 Forbidden Stories from Inside North Korea

The Accusation is a deeply moving and eye-opening work of fiction that paints a powerful portrait of life under the North Korean regime. Set during the period of Kim Il-sung and Kim Jong-il's leadership, the seven stories that make up The Accusation give voice to people living under this most bizarre and horrifying of dictatorships. The characters of these compelling stories come from a wide variety of backgrounds, from a young mother living among the elite in Pyongyang whose son misbehaves during a political rally, to a former Communist war hero who is deeply disillusioned with the intrusion of the Party into everything he holds dear, to a husband and father who is denied a travel permit and sneaks onto a train in order to visit his critically ill mother. Written with deep emotion and writing talent, The Accusation is a vivid depiction of life in a closed-off one-party state, and also a hopeful testament to the humanity and rich internal life that persists even in such inhumane conditions.

An AudioFile Earphones Award winner for 47 Ronin by John Allyn, David Shih narrated the History Channel documentary China's First Emperor and the Discovery Networks series Royal Inquest. He is the voice of Eddie Toh in the hit video game Grand Theft Auto V. In addition to his role as Isiah on the Hulu original series The Path, he has appeared in the TV shows The Blacklist, Mozart in the Jungle, Unforgettable, Golden Boy, Blue Bloods, Are We There Yet?, Late Night with Conan O'Brien, Law & Order: Special Victims Unit, All My Children, and As the World Turns, as well as the feature films The Amazing Spider-Man 2, Respect the Jux, Old 37, Fan Girl, and Saving Face. His theater credits include the National Asian American Theater Company's acclaimed production of Awake and Sing! at the Public Theater, The World of Extreme Happiness (Manhattan Theatre Club), Bike America (Ma-Yi Theater Company), and Crane Story (The Playwrights Realm). Dave also works with Only Make Believe performing interactive theater for children in hospitals and care facilities.