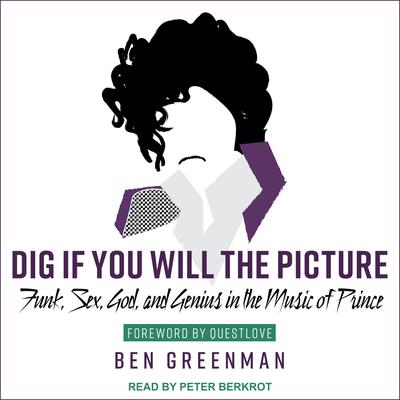 Dig If You Will the Picture (Digital Audiobook)

A polymath in his own right who collaborated with George Clinton and Questlove on their celebrated memoirs, Greenman has been listening to and writing about Prince since the mid-eighties. Here, with the passion of an obsessive fan and the skills of a critic, journalist, and novelist, he mines his encyclopedic knowledge of Prince’s music to tell both his story and the story of the paradigm-shifting ideas that he communicated to his millions of fans around the world.