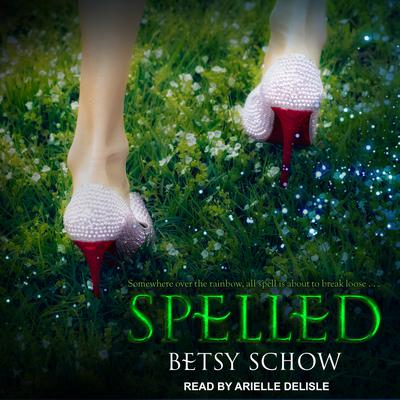 Fairy Tale Survival Rule #32: If you find yourself at the mercy of a wicked witch, sing a romantic ballad and wait for your Prince Charming to save the day.

Yeah, no thanks. Dorthea is completely princed out. Sure, being the crown princess of Emerald has its perks—like Glenda Original ball gowns and Hans Christian Louboutin heels. But a forced marriage to the not-so-charming prince Kato is so not what Dorthea had in mind for her enchanted future.

Talk about unhappily ever after.

Trying to fix her prince problem by wishing on a (cursed) star royally backfires, leaving the kingdom in chaos and her parents stuck in some place called "Kansas." Now it's up to Dorthea and her prince to find the mysterious Wizard of Oz and undo the curse . . . before it releases the wickedest witch of all and spells The End for the world of Story.

Arielle DeLisle is a narrator, voice actor, and commercial producer based in Phoenix, Arizona. She has recorded more than sixty audiobooks, including dystopian young adult titles and Michael Wallace's Righteous series. She lives with her two young, dinosaur-loving kids and several mischievous cats.