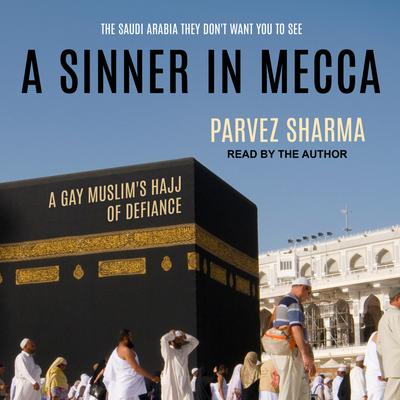 A Sinner in Mecca (Digital Audiobook)

The Hajj pilgrimage is a journey every Muslim is commanded by God to go on at least once in a lifetime if they are able and, like millions, Parvez Sharma believes his spiritual salvation lies at Islam's ground zero, Mecca. But unlike the journeys of his fellow Muslims, the consequences of his own could be deadly.

In A Sinner in Mecca, author and filmmaker Parvez chronicles his pilgrimage as a very openly gay Muslim to Saudi Arabia, where Islam's heart beats . . . and where being true to himself is punishable by death. Risking his life, Parvez embarks on a Jihad of the self—filming his experience along the way. Already under fire for his documentary A Jihad for Love, which looks at the coexistence of Islam and homosexuality, he would undoubtedly face savage punishment if exposed—from being thrown off a cliff to public beheading.

Parvez's odyssey is at once audacious, global, and remarkable. He meets everyone from extremists to explorers of the spiritual kind, and the world they open up is frightening . . . yet breathtaking. In Mecca, Parvez comes out to a pilgrim, who then asks him why he would want to be part of something that wants no part of him. This book is his answer to this question and many more.