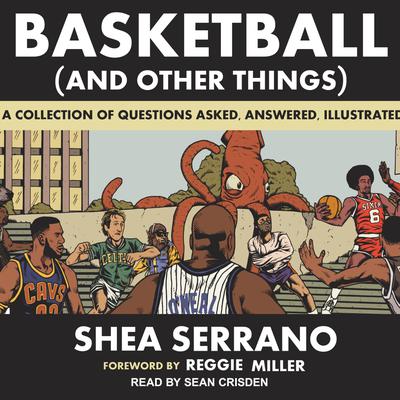 Basketball (and Other Things) (Digital Audiobook)

This book is made up of thirty-three chapters. Each chapter is a different basketball question that needs to be answered. Some of them are obviously crucial (Example: What's the Most Important NBA Championship?) and some of them are secretly crucial (Example: Was Kobe Bryant a Dork?). But all of them are approached in ways that (I hope you think) are smart and fun and nuanced. Also, you should know ahead of time that some of the pieces go a bit sideways sometimes, like the chapter that ends up just being the script of an action movie, or the other chapter that’s actually just a bunch of lists and nothing else. Basketball is fun. —Shea