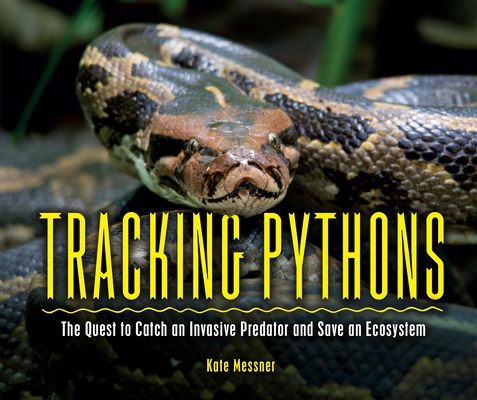 The Quest to Catch an Invasive Predator and Save an Ecosystem

These enormous snakes are native to Southeast Asia, so when one showed up dead along the side of a Florida highway in 1979, scientists wondered where it came from. No one knew the snakes had launched a full-scale invasion. Pet pythons that escaped or were released by their owners started breeding in the wild, and these enormous predators began eating every animal in their path.

Today a group of scientists at the Conservancy of Southwest Florida is tracking Burmese pythons to find ways to stop their spread. Page Plus QR code links lead to video clips and photos of the scientists working in the field. Delve into the science of pythons and their role as invasive predators.

A] fascinating example of field biology . . . Who knew that snake science could be so adventurous?--starred, Kirkus Reviews