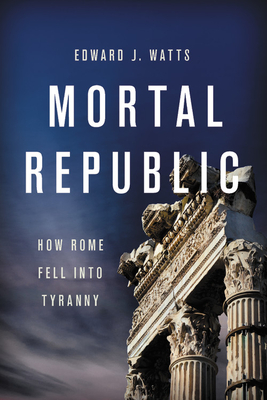 "Watts describes how the rise of an economic élite and increasing inequality brought about populist sentiment that was easily exploited by nefarious politicians. The parallels to the present day are striking."—New Yorker

"If the central analogy that animates Mortal Republic is correct, the current challenge to America's political system is likely to persist long after its present occupant has left the White House."—New York Times Book Review

"Readers will find many parallels to today's fraught political environment: the powerful influence of money in politics, a "delegitimized establishment," and "the emergence of a personality-driven, populist politicking." Watts ably and accessibly...covers a lot of ground in a manner accessible to all readers, including those with little knowledge of Roman history. This well-crafted analysis makes clear the subject matter's relevance to contemporary political conversations."—Publishers Weekly

"In a timely book of ancient history, an eminent classicist looks at Rome's decline from representative government to corrupt empire... Given that mistrust of institutions is a key ingredient in the collapse of republican rule, as we are witnessing daily, the lesson is pointed. An engaging, accessible history that, read between the lines, offers commentary on today's events as well as those of two millennia past."—Kirkus

Edward J. Watts holds the Alkiviadis Vassiliadis Endowed Chair and is professor of history at the University of California, San Diego. The author and editor of several prize-winning books, including The Final Pagan Generation, he lives in Carlsbad, California.
Loading...
or support indie stores by buying on