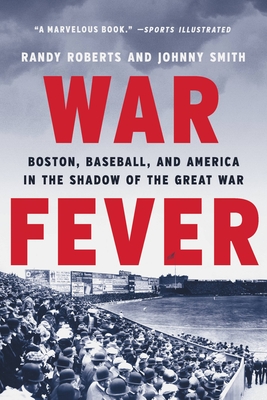 A "marvelous" (Sports Illustrated) portrait of the three men whose lives were forever changed by WWI-era Boston and the Spanish flu: baseball star Babe Ruth, symphony conductor Karl Muck, and Harvard law student Charles Whittlesey. In the fall of 1918, the streets of Boston emptied as paranoia about the deadly Spanish flu spread. And, as World War I raged on, the enemy seemed to be lurking everywhere. Newspapermen and vigilante investigators aggressively sought to discredit anyone who looked or sounded German. War Fever explores this delirious moment in American history through the stories of three men: Karl Muck, the German conductor of the Boston Symphony Orchestra, accused of being an enemy spy; Charles Whittlesey, a Harvard law graduate who became an unlikely hero in Europe; and Babe Ruth, the most famous baseball player of all time. Together, they offer a gripping narrative of America at war and American culture in upheaval.


Praise For War Fever: Boston, Baseball, and America in the Shadow of the Great War…

"[War Fever] arrives just in time to remind us that ours is by no means the first generation to experience the wholesale disruption of our norms and institutions by an 'invisible enemy."—Boston Globe

Randy Roberts is the 150th anniversary distinguished professor of history at Purdue University and the coauthor of the award-winning A Season in the Sun: The Rise of Mickey Mantle (with Johnny Smith). He lives in Lafayette, Indiana.

Johnny Smith is the J. C. "Bud" Shaw professor of sports history and an associate professor of history at Georgia Tech. He is the coauthor of Blood Brothers: The Fatal Friendship Between Muhammad Ali and Malcolm X (with Randy Roberts). He lives in Atlanta, Georgia.