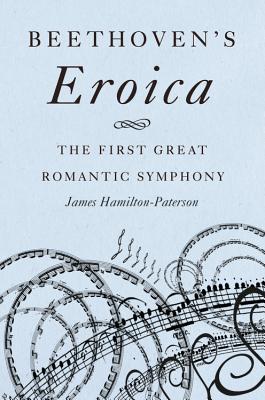 An ode to Beethoven's revolutionary masterpiece, his Third Symphony

In 1805, the world of music was startled by an avant-garde and explosive new work. Intellectually and emotionally, Beethoven's Third Symphony, the "Eroica," rudely broke the mold of the Viennese Classical symphony and revealed a powerful new expressiveness, both personal and societal. Even the whiff of actual political revolution was woven into the work-it was originally inscribed to Napoleon Bonaparte, a dangerous hero for a composer dependent on conservative royal patronage. With the first two stunning chords of the "Eroica," classical music was transformed.

In Beethoven's Eroica, James Hamilton-Paterson reconstructs this great moment in Western culture, the shock of the music and the symphony's long afterlife.

James Hamilton-Paterson is one of Britain's most distinguished-and reclusive-writers. A travel writer, memoirist, poet, and award-winning novelist, Hamilton-Paterson is also an accomplished musician. His novel Gerontius won a Whitbread Prize and his many books include the bestselling Empire of the Clouds, Marked for Death and Music: Stories. He now lives in Austria.

"Hamilton-Paterson focuses on the transition between the Classical and Romantic periods.... It's easy to listen to Beethoven's Third Symphony today as a fairly traditionally orchestral work, yet it was avant-garde upon its 1805 debut.... A fantastic read."
—PopMatters

"Hamilton-Paterson delves into the cultural and historical impact of Beethoven's groundbreaking third symphony.... A valuable guide to one of the most remarkable works of a musical giant whose undeniable genius continues to resonate centuries after his death."—Kirkus

"Hamilton-Paterson explores the history and background of one of the most enduring works of the classical repertoire.... Casual concertgoers and serious music aficionados alike will find much to savor in this elegant and insightful book."—
Booklist
or support indie stores by buying on
Copyright © 2020 American Booksellers Association