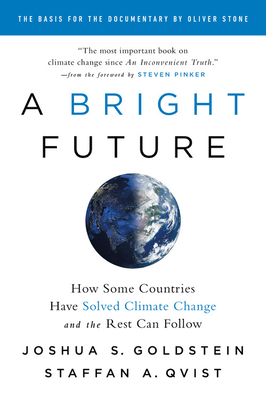 In this clear-sighted and compelling book, Joshua Goldstein and Staffan Qvist explain how clean energy quickly replaced fossil fuels in such places as Sweden, France, South Korea, and Ontario. Their people enjoyed prosperity and growing energy use in harmony with the natural environment. They didn't do this through personal sacrifice, nor through 100 percent renewables, but by using them in combination with an energy source the Swedes call kÃ¤kraft, hundreds of times safer and cleaner than coal.


Praise For A Bright Future: How Some Countries Have Solved Climate Change and the Rest Can Follow…

"A rational if somewhat unlikely strategy to reverse global warming using current technology and without self-denial... The authors argue for nuclear power, and the facts are certainly on their side....A reasonable argument directed at a lay audience."—Kirkus Reviews

"Goldstein and Qvist offer food for thought, making this a viable resource in the arsenal of arguments for and against the best methods of staving off a global energy crisis."—Booklist

Staffan A. Qvist is a Swedish engineer, scientist and consultant to clean energy projects around the world. He has lectured and authored numerous studies in the scientific literature on various topics relating to energy technology and policy, nuclear reactor design and safety, and climate change mitigation strategies -- research that has been covered by Scientific American and many other media outlets. Trained as a nuclear engineer (Ph.D., University of California, Berkeley), he is now involved in renewable energy development projects and also works with several "fourth generation" nuclear start-ups. For more information, see www.staffanqvist.com.
Loading...
or
Not Currently Available for Direct Purchase