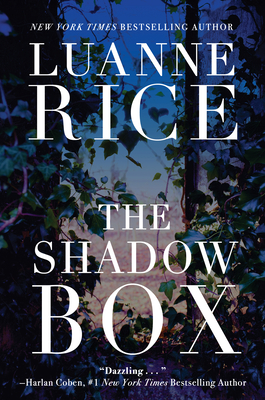 The Amazon Charts bestselling author of Last Day delivers a haunting thriller about how far one wife is willing to go to expose the truth--and the lengths someone will go to stop her.

After artist Claire Beaudry Chase is attacked and left for dead in her home on the Connecticut coast, she doesn't know who she can trust. But her well-connected husband, Griffin--who is running for governor--is her prime suspect.

Just before the attack, Claire was preparing for an exhibit of her shadow boxes, one of which clearly accuses Griffin of a violent crime committed twenty-five years ago. If the public were to find out who her husband is, his political career would be over. Claire's certain her husband and his powerful supporters would kill her to stop the truth from getting out.

When one of Claire's acquaintances is murdered, the authorities suspect the homicide is linked to the attack on Claire. As the dual investigations unfold, Claire must decide how much she's willing to lose to take down her husband and the corrupt group of elites who will do anything to protect Griffin's interests and their own.