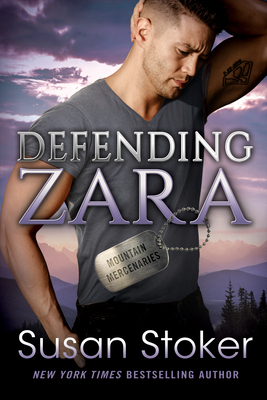 Mountain Mercenary Hunter "Meat" Snow has a mission: eliminate the human traffickers scouring the barrios of Lima for vulnerable prey. But it's Meat who's taken down. Separated from his team and beaten within an inch of his life, he's left for dead. When he wakes, it's to the intimate care of a beautiful stranger who knows all about survival.

Zara Layne was a child when a brutal murder left her orphaned and abandoned in Peru. Ever since, she's fended for herself on the streets, outrunning its predators. Trusting men is not in Zara's blood...until it warms to the exhilarating touch of the wounded hero who promises deliverance. As each other's rescuers, they return to Colorado for a new normal.

But when Meat disappears, Zara discovers how ruthless the past can be. With the help of the loyal Mercenaries, she's drawing on her own skills of endurance to find him. And for Zara, there's no danger great enough to come between her and the man she loves.