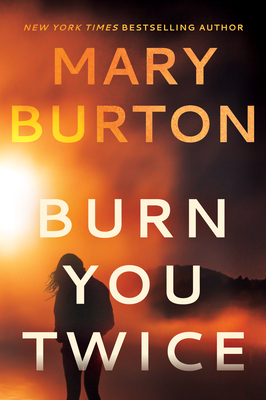 Fire can destroy the past. It can also uncover secrets in this novel of searing suspense by New York Times bestselling author Mary Burton.

Ten years ago as an undergrad, Joan Mason escaped an arsonist's fire. Shaken, she fled the small collegiate Montana town, leaving behind friends and not looking back. Now a Philadelphia homicide detective, Joan's trying to put her traumas to rest. It's not easy. Elijah Weston, the classmate who torched her house, is out of prison and returning to Missoula. Gut instinct tells Joan he'll strike again. To stop him, she must return to the past as well. To face not only the man she fears but Detective Gideon Bailey, too. The man she loved and left behind.

When a local woman dies tragically in another fire, it can't be a coincidence. Can it be Elijah? He has a solid alibi for the night of the blaze. Reunited by the tragedy, Joan and Gideon have their doubts. So does Gideon's sister, Ann--Joan's old college roommate.

The investigation draws Joan and Gideon together, but it also sends them down a dangerous path--into a troubling history that Joan, Elijah, and Ann all share. As more lives go up in flames in Missoula, this town's secrets are just beginning to rise from the ashes.