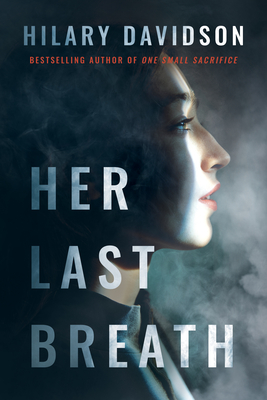 From the bestselling author of One Small Sacrifice comes a suspenseful thriller about a dead woman who predicted her own murder--and the sister who won't let the truth be buried.

When her beloved sister Caroline dies suddenly, Deirdre is heartbroken. However, her sorrow turns to bone-chilling confusion when she receives a message Caroline sent days earlier warning that her death would be no accident. Long used to being a pariah to her family, Deirdre covers her tattoos and heads to Manhattan for her sister's funeral.

The message claimed Caroline's husband, Theo, killed his first wife and got away with it. Reeling from the news, Deirdre confronts Theo on the way to the cemetery, and he reveals both his temper and his suspicion that Deirdre's "perfect" sister was having an affair.

Paranoid and armed with just enough information to make her dangerous, Deirdre digs into the disturbing secrets buried with Caroline. But as she gets closer to the truth, she realizes that her own life may be at risk...and that there may be more than one killer in the family.