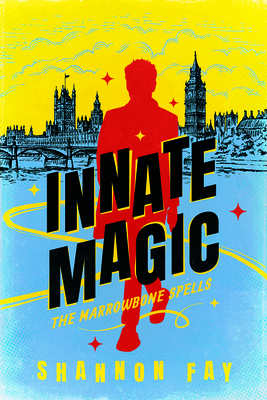 Delightfully cheeky, unquestionably charming, and sometimes maddeningly naive, cloth mage Paul Gallagher is desperately trying to make a name for himself in a reimagined postwar London. But in a world where magic is commonplace, sewing enchanted clothes is seen as little more than a frivolous distraction. Paul is hiding a secret, however: he possesses a powerful--and illegal--innate magic that could help him achieve his wildest dreams.

Unfortunately, Paul confides in the wrong person--his latest crush, Captain Hector Hollister--and is drawn into a sinister plot that risks reigniting the machinery of war. To make matters worse, the pretty American gossip reporter Paul just met reveals her personal quest to expose a government cover-up may be related to Hollister's magical goals. When Hollister threatens the life of Paul's dearest friend, he realizes that his poor judgement has put not only his family and friends in danger, but also the whole world.

The only way to set things right may be for Paul to undergo the dangerous ritual to become Court Magician--the most powerful magician in the country. But is becoming part of the institution the best way to enact change in a terribly unjust society?