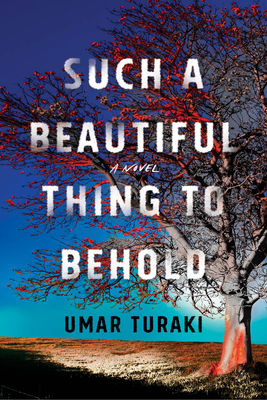 Such a Beautiful Thing to Behold

An inexplicable sickness. A small town cut off from the world. An unexpected community of survivors forges a family out of the despair, struggling against things known and unknown for survival and hope.

A mysterious plague known as the Grey grips the small village of Pilam, which the world has quarantined without pity. Laying waste to Pilam's residents, the sickness saps its victims of strength, drains the color from their eyes, and kills all promise. Only the young are immune. But beyond the barricades and walls of soldiers--the manifestation of a nation's terror--there are rumors of a cure. Dunka, the eldest son of a family reeling from the Grey, takes on the daunting task of leaving Pilam to find that cure for his siblings and save them before it's too late.

His brother and sisters, however, have plans of their own. Navigating the chaos of violence, hunger, and death, each of them tries to make sense of the bleak circumstances, forging new bonds with other juvenile survivors left to their own devices. Now an unlikely family of six, they choose their own perilous paths, at first separately and then together, coming to terms with the decisions they make and the ghosts they cannot leave behind.

Umar Turaki's gripping novel is a story of survival, love, and the human spirit's tenacious capacity for wonder.