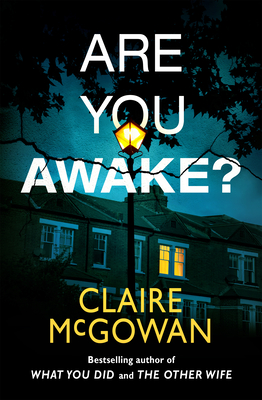 From the bestselling author of What You Did comes a chilling story about a missing girl and two potential witnesses. They both think they saw her. But can they trust their own eyes?

With two young children, Mary hasn't slept in what feels like years. For his part, Tim never feels safe enough to sleep. And so one hot, exhausting night, the two strangers meet while seeking solace in a nearby park. There, they witness something horrific: a violent attack in the window of a neighbouring house.

Bonded by what they've seen, Tim and Mary are desperate to find answers. And when they see news reports of a missing woman who was last seen walking alone not far from them, the pair are convinced it's her they saw being attacked--no matter what the police say.

But with her marriage under strain and the police on their tail, Mary begins to doubt her own mind...and Tim's. And as the pair are drawn into a dangerous game of cat-and-mouse, the culprit appears to be even closer to home than they thought. Have they got it all wrong, or is something even more sinister going on?