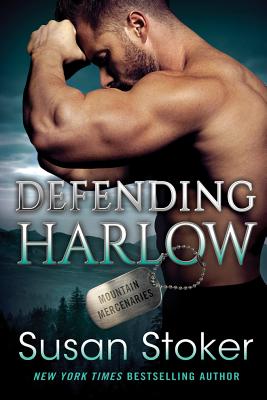 Lowell "Black" Lockard, former Navy SEAL, has watched his fellow Mountain Mercenaries settle down with the women of their dreams, but he's convinced he doesn't need love. Then he gets a call from Harlow Reese--a chef at a local women's shelter--and begins to reconsider his decision.

After being continually harassed by a local band of punks, Harlow asks Lowell to give the women of the shelter lessons in self-defense. She doesn't expect him to take such a special interest in her safety, but he insists on escorting her to and from work, never taking no for an answer. Not that Harlow minds the personal touch...especially when it's coming from her former teenage crush.

Despite her long history of bad dating luck, seeing Black again makes Harlow rethink her self-imposed celibacy. Easy on the eyes and hard to forget, the man has morphed into an alpha stud. And Harlow may be exactly the type of woman Black is looking for. Making her feel safe isn't only a duty; it's a pleasure. But the threats are escalating. The motives are a mystery. And as the danger burns almost as hot as their passion, there's much more at risk than their hearts.