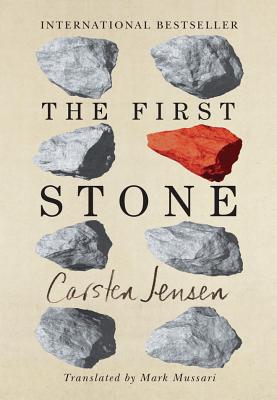 From the award-winning author of We, the Drowned comes a brutal, unflinching, and bestselling epic novel of a platoon of soldiers descending into the insanity of the war in Afghanistan.

Dispatched to fight the Taliban as part of the NATO forces, the soldiers of the Third Platoon arrive in a desert hell intent on testing their courage and endurance.

Among them are the charismatic platoon leader Schr der, a former games designer fascinated by the imaginative potential of war; Colonel Steffensen, whose negotiating tactics will have deadly consequences; Sidekick, the LifeLogger whose online "war memorial" will blur into horror; and the hardened but vulnerable Hannah, who must bury her womanhood--or sacrifice her soul.

Confronted by a betrayal that no military training could prepare them for, the soldiers must embark on a desperate mission to track down an enemy whose methods are as murderous as they are unfathomable.

As the hunters become the hunted, the mission turns into a depraved, hallucinatory voyage into an Afghanistan they never knew existed. With the Third Platoon's most fundamental notions of good and evil called into question, survival becomes their only mission.

An explicitly brutal portrait of battle told with the propulsion of a harrowing psychological thriller, The First Stone is a stunning and epic depiction of comradeship, humanity, and the bestial realities of a conflict without end.