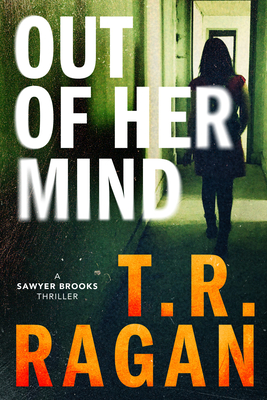 Out of Her Mind

A string of copycat crimes leads a reporter down a terrifying path in a heart-stopping thriller by New York Times bestselling author T.R. Ragan.

Crime reporter Sawyer Brooks still grieves for the family she and her two sisters never had. Raised in a house of horrors, they continue to fight through the trauma--releasing their rage by seeking justice for those who are just as vulnerable as they were.

When a little girl's bones are unearthed in Sacramento's Land Park and twelve-year-old Riley Addison disappears, solving these cases becomes an obsession for Sawyer--one that puts her job at risk. Yet she can't turn back, and the deeper Sawyer's investigation goes, the darker it gets. A psychopath is on the loose and has been trolling Sacramento for years--hiding in plain sight behind a motherly facade.

The more Sawyer persists, the closer she gets to a disturbing place reminiscent of her own terrorized childhood. With time running out, Sawyer will risk anything to save Riley from the dark. But the killer will do anything to keep her there.