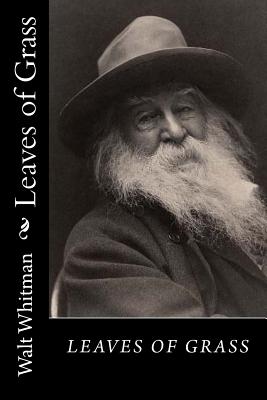 Leaves of Grass is a poetry collection by the American poet Walt Whitman (1819-1892). Though the first edition was published in 1855, Whitman spent most of his professional life writing and re-writing Leaves of Grass, revising it multiple times until his death. This resulted in vastly different editions over four decades-the first a small book of twelve poems and the last a compilation of over 400. The poems of Leaves of Grass are loosely connected, with each representing Whitman's celebration of his philosophy of life and humanity. This book is notable for its discussion of delight in sensual pleasures during a time when such candid displays were considered immoral. Where much previous poetry, especially English, relied on symbolism, allegory, and meditation on the religious and spiritual, Leaves of Grass (particularly the first edition) exalted the body and the material world. Influenced by Ralph Waldo Emerson and the Transcendentalist movement, itself an offshoot of Romanticism, Whitman's poetry praises nature and the individual human's role in it. However, much like Emerson, Whitman does not diminish the role of the mind or the spirit; rather, he elevates the human form and the human mind, deeming both worthy of poetic praise. With one exception, the poems do not rhyme or follow standard rules for meter and line length. Among the poems in the collection are "Song of Myself," "I Sing the Body Electric," "Out of the Cradle Endlessly Rocking." Later editions included Whitman's elegy to the assassinated President Abraham Lincoln, "When Lilacs Last in the Dooryard Bloom'd." Leaves of Grass was highly controversial during its time for its explicit sexual imagery, and Whitman was subject to derision by many contemporary critics. Over time, the collection has infiltrated popular culture and been recognized as one of the central works of American poetry.