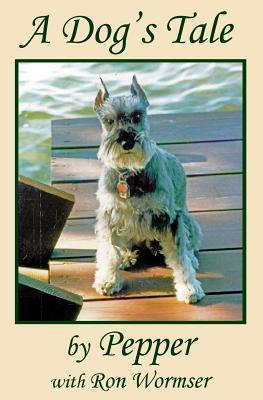 A Dog's Tale is the true story of an amazing life, amazing because the story is told by Pepper, who was not just a dog, but a very bright, funny, thoughtful, generous, creative, talented, and loving being.

Ron Wormser enjoyed a fascinating 40-year career in executive positions in higher education, international student exchanges, administrative support for international applied agricultural research centers and a classical music training and performing arts institution. With his wife, Marian, he retired and relocated from the East Coast to the Monterey Peninsula where he maintains an active consulting practice with local nonprofits. In his 70's, he is indulging his long-delayed interest in writing with the publication by BoardSource in 2015 of Informed Fundraising, a primer for decision-makers responsible for raising funds for nonprofits. Now with A Dog's Tale, a joint undertaking begun some years ago with his beloved miniature Schnauzer, Pepper, his second book makes its debut. It is a story told almost entirely from Pepper's perspective about his life first in New York City and then in Philadelphia, with occasional contributions from Ron. While human companions may be startled and amused by a canine's perspective on the world shared with their pets, mostly it is a story about Pepper and Ron's relationship, and the special bond between two species. It is a book for every pet-lover and for all those who aren't but who want or need to understand those of us who are.
Loading...
or support indie stores by buying on