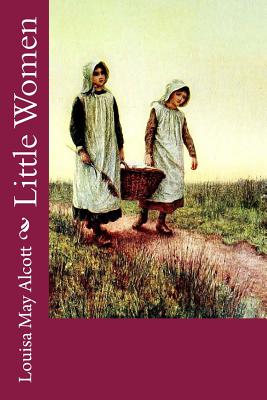 Four sisters live with their mother, facing Christmas without their father as the American Civil War is underway. The family is settled in a new neighborhood, living in genteel poverty after the father lost their money. Meg and Jo March, the elder sisters, both work outside the home for money to support the family. Meg teaches four children in a nearby family, while Jo aids her grand-aunt March, a wealthy widow whose strength is failing. Beth helps with housework, and Amy attends school. Their nearest neighbor is a wealthy man whose orphaned grandson lives with him. The sisters introduce themselves to the handsome shy boy, Laurie, who is the age of Jo. Meg is the beautiful sister; Jo is the tomboy; Beth is the musician; and Amy is the charming artist with blond curls. Jo is impulsive and quick to anger.

Louisa May Alcott (November 29, 1832 - March 6, 1888) was an American novelist and poet best known as the author of the novel Little Women (1868) and its sequels Little Men (1871) and Jo's Boys (1886). Raised by her transcendentalist parents, Abigail May and Amos Bronson Alcott in New England, she also grew up among many of the well-known intellectuals of the day such as Ralph Waldo Emerson, Nathaniel Hawthorne, and Henry David Thoreau. Alcott's family suffered financial difficulties, and while she worked to help support the family from an early age, she also sought an outlet in writing. She began to receive critical success for her writing in the 1860s.
Loading...
or support indie stores by buying on