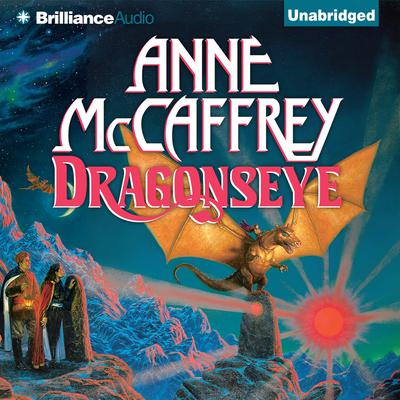 Thread: deadly silver strands that fall from the sky like rain, devouring every organic thing in their path - animals, plants, and people alike. Who could believe that such a horrible thing could exist? After all, it's been two hundred years since Thread supposedly fell on Pern. No one alive remembers that first onslaught. There's no sign of it anywhere in the world. Only the dragons, originally created to be a weapon against Thread, are still around to remind people that once before their population was decimated, their hopes and dreams and livelihoods almost destroyed forever.

For two centuries the dragonriders have been practicing and training, passing down from generation to generation the Threadfighting techniques learned on the fly by their besieged ancestors. And most of the Lord Holders are prepared to protect their people, to provide sanctuary, to assemble groundcrews to search out and destroy any Thread that might be missed by the dragons soaring overhead. All but one.

Even now the ominous signs are appearing: the violent winter storms and volcanic eruptions that are said to herald the approach of the Red Star and its lethal spawn. Impossibly, one stubborn Lord Holder, Chalkin of Bitra, refuses to believe - and that disbelief could spell disaster for all of Pern. So while the dragonriders desperately train to face an enemy they've never fought before, they and the other Lord Holders must find a way to deal with Chalkin and protect Bitra.