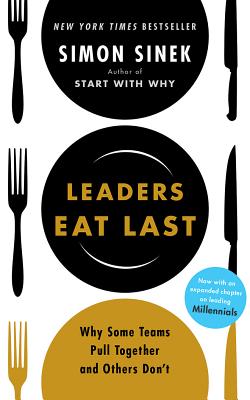 The New York Times bestseller by the acclaimed, bestselling author of Start With Why and Together is Better. Now with an expanded chapter and appendix on leading millennials, based on Simon Sinek's viral video "The Millennial Question" (150+ million views).