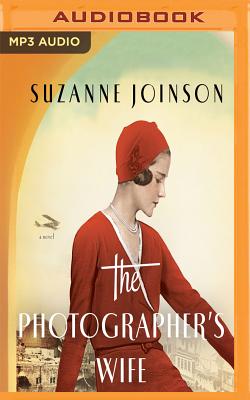 Jerusalem, 1920: in an already fractured city, 11-year-old Prudence feels the tension rising as her architect father launches an ambitious and wildly eccentric plan to redesign the Holy City by importing English parks to the desert.

Prue, known as the 'little witness', eavesdrops underneath the tables of tearooms and behind the curtains of the dance halls of the city's elite, watching everything but rarely being watched herself. Around her, British colonials, exiled Armenians and German officials rub shoulders as they line up the pieces in a political game: a game destined to lead to disaster.

When Prue's father employs a British pilot, William Harrington, to take aerial photographs of the city, Prue is uncomfortably aware of the attraction that sparks between him and Eleanora, the English wife of a famous Jerusalem photographer. And after Harrington learns that Eleanora's husband is a nationalist intent on removing the British, those sparks are fanned dangerously into a flame.

Years later, in 1937, Prue is an artist living a reclusive life by the sea with her young son when Harrington pays her a surprise visit. What he reveals unravels her world, and she must follow the threads that lead her back to secrets long ago buried in Jerusalem.