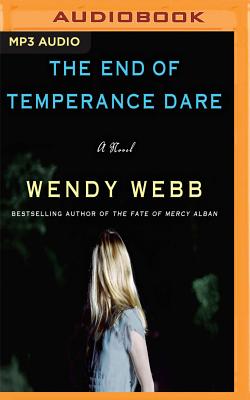 The End of Temperance Dare

Haunting and atmospheric, The End of Temperance Dare is another thrilling page-turner from the author reviewers are calling the Queen of the Northern Gothic.

When Eleanor Harper becomes the director of a renowned artists' retreat, she knows nothing of Cliffside Manor's dark past as a tuberculosis sanatorium, a "waiting room for death." After years of covering murder and violence as a crime reporter, Eleanor hopes that being around artists and writers in this new job will be a peaceful retreat for her as much as for them.

But from her first fog-filled moments on the manor's grounds, Eleanor is seized by a sense of impending doom and realizes there's more to the institution than its reputation of being a haven for creativity. After the arrival of the new fellows--including the intriguing, handsome photographer Richard Banks--she begins to suspect that her predecessor chose the group with a dangerous purpose in mind. As the chilling mysteries of Cliffside Manor unravel and the eerie sins of the past are exposed, Eleanor must fight to save the fellows--and herself--from sinister forces.