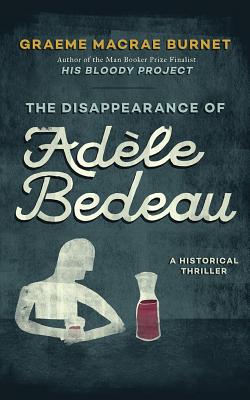 Manfred Baumann is a loner. Socially awkward and perpetually ill at ease, he spends his evenings quietly drinking and surreptitiously observing Adele Bedeau, the sullen but alluring waitress at a drab bistro in the unremarkable small French town of Saint-Louis. One day, she simply vanishes into thin air and Georges Gorski, a detective haunted by his failure to solve one of his first murder cases, is called in to investigate the girl's disappearance. He sets his sights on Manfred.

As Manfred cowers beneath Gorski's watchful eye, the murderous secrets of his past begin to catch up with him and his carefully crafted veneer of normalcy falters. His booze-soaked unraveling carries him from Saint-Louis to the back alleys of Strasbourg.

Graeme Macrae Burnet's masterful play on literary form featuring an unreliable narrator makes for a grimly entertaining psychological thriller that questions if it is possible--or even desirable--to know another man's mind.