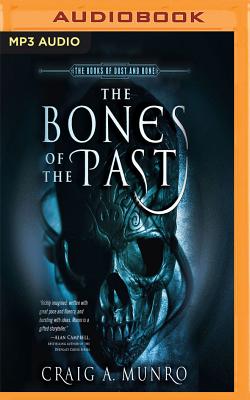 The Bones of the Past (Books of Dust and Bone #1)

The Night Guard walk the streets of the old kingdom of Bialta seeking out threats that are beyond the abilities of the common soldier. Nial is one such threat - a girl changed into something other and on the hunt for human souls. Salt, a sailor recently rescued by the Night Guard, has been inducted into their ranks. He's a quick study, but as new threats multiply all around them, will he have what it takes to survive?

Bialta is not alone in its woes. Sacral, a city that vanished in the distant past, has reappeared where it once stood at the heart of the Wastes. Like many of Sacral's people, Maura is content living a quiet life, ignoring the outside world. But she finds herself desperately fighting to save her home as war comes to the city returned.

Meanwhile, across the Great Desert, creatures are stirring. Carver, the last living master of the magic known as fleshcarving, has won the support of the tyrant of Tolrahk Esal. Together they will unleash his twisted creations to sweep across the land and forever disrupt the balance of power.

In this epic tale, there is no good and evil. Armies march, demons feed, and deities unleash their powers on a world that will never be the same.