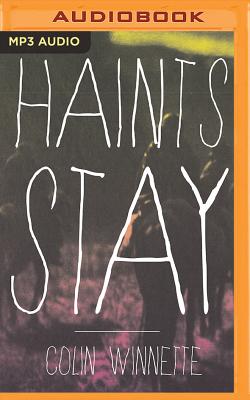 "In his astonishing portrait of American violence, Haints Stay, Colin Winnette makes use of the Western genre to stunning effect. But this isn't a chummy oater penned by the likes of Zane Grey or Louis L'Amour. Winnette's frontier feels more Homeric. His knack for tapping into scenes of primal fear and poetic violence serves as an indictment of our species' base nature and worst instincts. While the novel flouts most of the conventions of the traditional horse opera, the rewards of Haints Stay belong to the reader."
--Jim Ruland, Los Angeles Times

"Striking and powerful... a Western as reimagined through the transgressive lens of Dennis Cooper. What Winnette does here is less about undermining the traditions of the Westerns and more about pushing them in unexpected directions."
--Tobias Carroll, Electric Literature

"The most anticipated independent novel of the summer."
--Flavorwire

"Winnette's already sharp prose is honed here to a razor edge. It rolls across the stark, lawless world he evokes like approaching thunder."
--Midnight Breakfast

Haints Stay is a new acid western in the tradition of Rudolph Wurlitzer, Kelly Reichardt's Meek's Cutoff, and Jim Jarmusch's Dead Man meaning it is brutal, surreal, and possesses an unsettling humor.