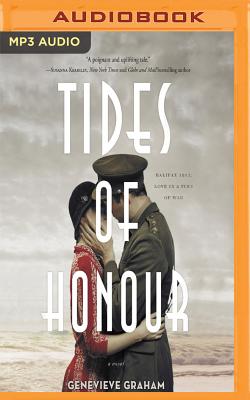 From best-selling author Genevieve Graham comes a novel of love, loss, and honor amid the horrors of war and its aftermath.

In the summer of 1916, Private Daniel Baker marches into battle with the boys of Nova Scotia's 25th Battalion. Out of brutal necessity, Danny has steeled himself against the trials and horrors of war, but he is completely unprepared to meet the love of his life in war-torn France.

Audrey Poulin has the soul of an artist. She lives alone with her grandmother in the quiet French countryside, where her only joy is in her brush and palette. When by chance she encounters Danny, the handsome young soldier captures her heart and inspires her painting. The young lovers believe that only together can they face the hardships the war brings.

But love is just the beginning. Mere months later Danny is gravely wounded at the Battle of the Somme, and his future is thrown into uncertainty. Soon he and Audrey find themselves struggling to build a new life in Halifax, a city grieving its lost men. As the gray winter of 1917 sets in, Danny's lack of purpose and Audrey's isolation continue to mount, pulling the two apart just as a new catastrophe threatens their existence.

Heartrending and enthralling, Tides of Honour is a novel of love and second chances set against Halifax's most devastating moment of the First World War.